Inheriting a tradition born in the Edo Period

More than 160 years ago, Admiral Perry came ashore in Uraga and opened Japan to the rest of the world. The shogunate welcomed foreign emissaries to the hospitality of Japan's capital city Edo (now Tokyo). It’s said that in the feast that began on February 20, 1954, more than 100 masterpieces of Japanese cuisine, made using ingredients like sea bream and other fresh seafood along with wild vegetables, were served.
The Edo cuisine served by Kusatsu-Tei has its roots in this elegant culinary culture of Edo. It has preserved and inherited the refined traditional tastes of Edo, mainly in the form of elegant course meals served at banquets.

Taisuke Miyazawa, celebrated as the “god of Japanese cuisine”

Taisuke Miyazawa, who served as head chef at Kusatsu-Tei for about 22 years beginning in 1967, was celebrated as the “god of Japanese cuisine,” a famed master of both traditional Edo cooking and contemporary cuisine. The tastes of Kusatsu-Tei can be described as having been preserved and passed along by chef Miyazawa.
His highly imaginative style, inspired by hints from Western, Chinese, and other world cuisines, helped the flavors of Kusatsu-Tei to evolve by Inclorporating new ingredients and methods while preserving the best of the old ways.
While he always had a stern look on his face while working in the kitchen, Miyazawa was gentle and playful at heart, and a chef beloved and respected by his apprentices. Countless chefs trained by him now demonstrate their skills at restaurants across Japan. 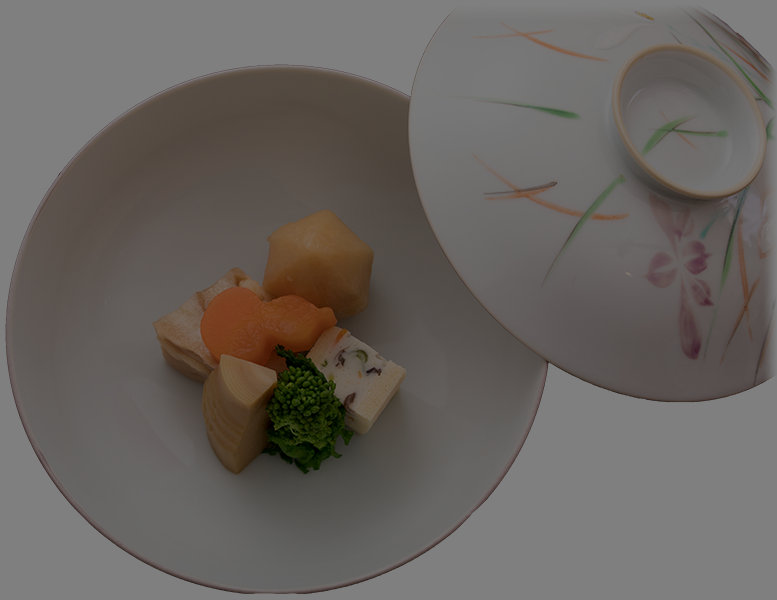 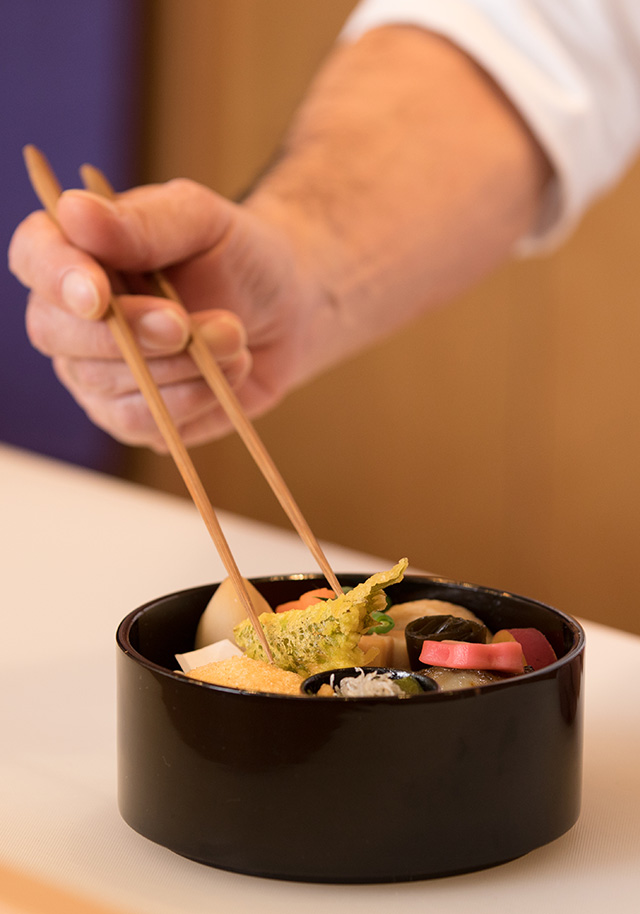 In preparing its dishes, Kusatsu-Tei has always stressed an approach of changing with the preferences of the times while also valuing tradition. Taisuke Miyazawa often said, “A chef must keep studying all the time. He or she must have the desire to create new, innovative dishes one after the other.”
In the future as well, we intend to keep Kusatsu-Tei’s Edo cuisine alive forever, by sticking to this attitude that we have inherited, while prioritizing the fundamentals above all else.
We also have inherited Miyazawa’s prized tradition of one-of-a-kind desserts, and we try to emphasize fruit-based desserts.